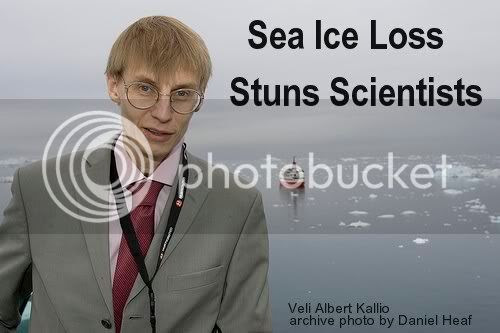 
The Arctic sea ice acts as a giant mirror to reflect sunlight back into space and cool the Earth. The sea ice has been retreating far faster than the Intergovernmental Panel on Climate Change (IPCC) predicted only three years ago [1]. After the record retreat in September 2007, many scientists revised their predictions for the date of a seasonally ice free Arctic Ocean from beyond the end of century to beyond 2030. Only a few scientists predicted this event for the coming decade, and they were ridiculed.

In 2008 and 2009 there was only a slight recovery in end-summer sea ice extent, and it appears that the minimum 2010 extent will be close to a new record [2]. However the evidence from PIOMAS is that there has been a very sharp decline in ice volume [3], which is very worrying.

The Arctic warming is now accelerating, and we can expect permafrost to release large quantities of methane, from as early as 2011 onwards, which could lead inexorably to runaway greenhouse warming and abrupt climate change. All this could become apparent if the sea ice retreats further than ever before this summer. We could be approaching a point of no return unless emergency action is taken.

We suggest that the current situation should be treated as a warning for us all. The world community must rethink its attitude to fighting global warming only by cutting greenhouse gas emissions sharply. Even if emissions could be cut to zero, the existing CO2 in the atmosphere would continue to warm the planet for many decades.

Geoengineering now appears the only means to cool the Arctic quickly enough. A geoengineering project of the intensity of the Manhattan Project is urgently needed to guard against a global catastrophe. A multi-disciplinary team of scientists and engineers should be tasked and resourced to assess the evolving situation in the Arctic and implement a strategy of parallel research, development, preparation and deployment for different geoengineering techniques, such as to minimise the risk of failure. 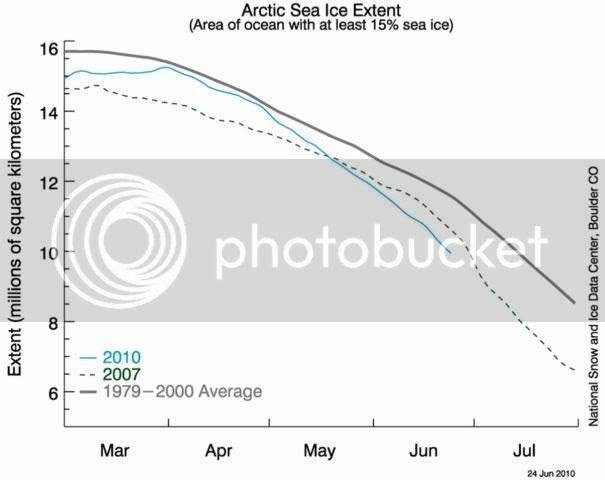 As NOAA reports that the May 2010 global temperature was the warmest on record, sea ice extent remains well below the 2007 record low, as shown on above NSIDC image. 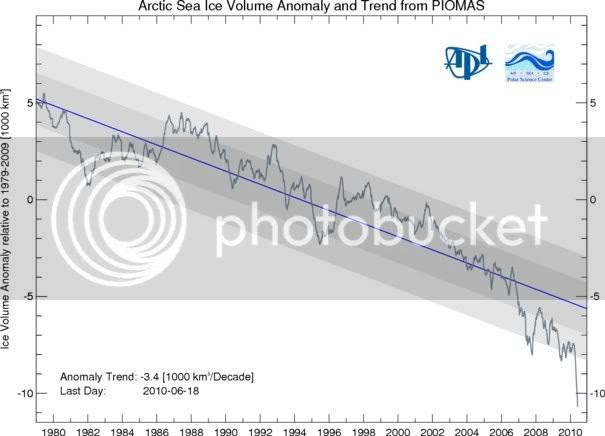 Fancy the content I have seen so far and I am your regular reader of your blog.

I am pleased to see my blog in your blog list.

Hope to see a positive reply.

Thanks for visiting my blog as well !

Waiting for your reply friend !!!!!